As an exercise to compare results, I recently looked at Third Avenue Focused Credit (TFCVX).  It was a high-yield (junk) bond fund that as of June 2014 had $3.5 billion in assets.  By the end of 2015, assets had plunged to $800 million.  Those fast dwindling assets came from portfolio losses and investor redemptions.  Because of those things the fund ended up closing its doors.

What was happening was shareholders were selling, forcing the fund to sell its more liquid holdings to meet those redemptions.  It eventually became clear to management that this was a problem because it would be leaving the remaining shareholders with the less liquid and more distressed positions.  So, the fund suspended redemptions.  It planned for a more orderly liquidation of remaining positions over the next year or so.

TFCVX was not part of our high-yield fund database, but I wanted to compare what would have happened had it been.  Our last buy recommendation ended 8/29/2014 based on C, the risk-adjusted relative performance metric.  This would have given our members plenty of time to exit the fund without problems. 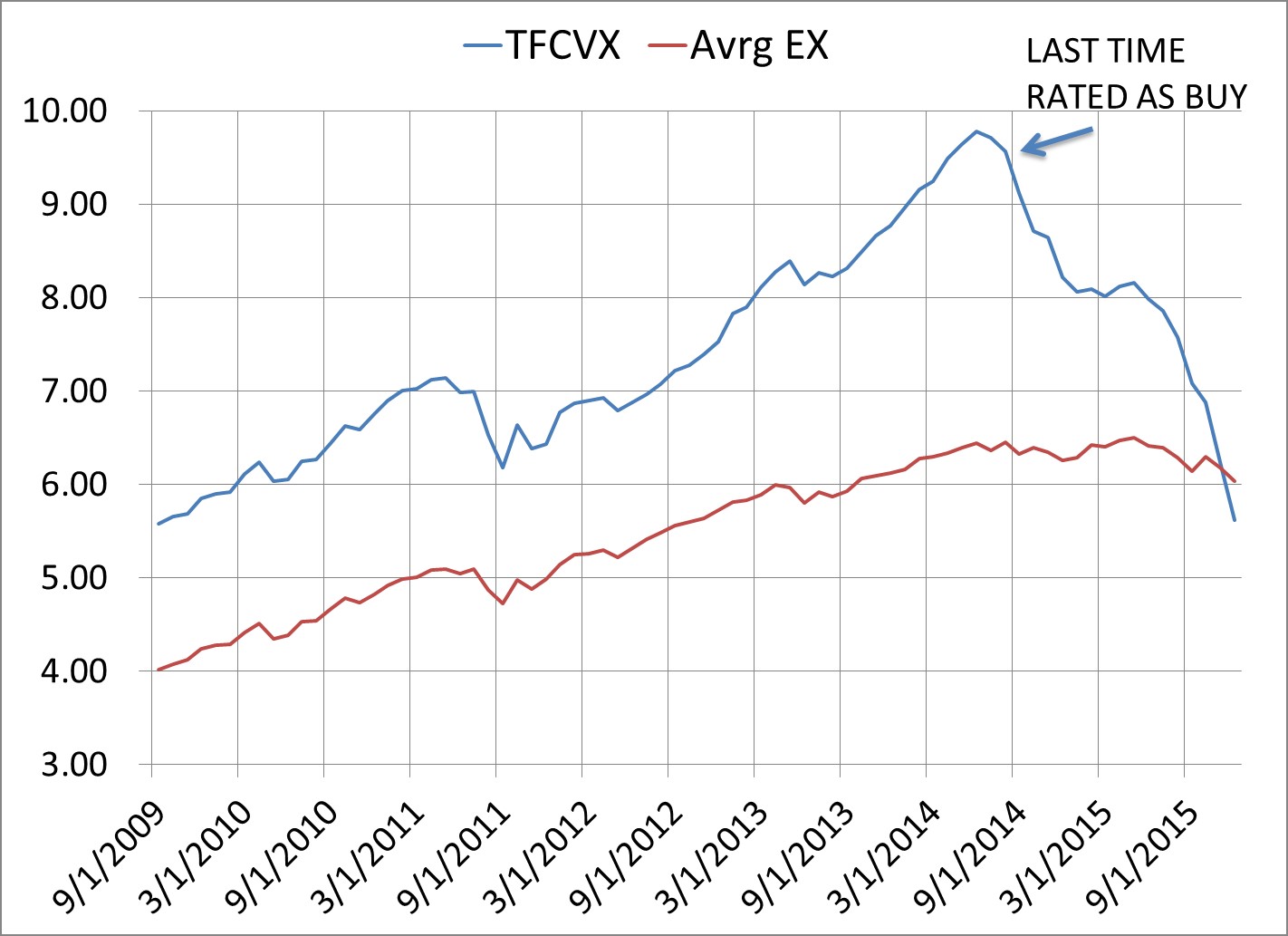 Learn more about the ranking strategy we use at SelectionsAndTiming.com. Request a free sample of the Newsletter of your choice today! FREE NEWSLETTER

Thanks Stephen!  You have done wonderful things for my portfolio, and every chance I get, I spread the word!

Thanks for the service you provide with the NLMFST newsletter.   It helps me to invest with confidence and stay agile in relation to the market.

Your newsletter has helped me find fund “nuggets” I wasn’t aware of.