Burl Ives sang the song Silver and Gold and asked how do you measure its worth?  We don’t know the answer on an absolute basis, but we can assay the relative worth by using, among other things, a ratio between the two precious metals.  We can then decipher values from there.  This might help answer what is it worth relative to each other? 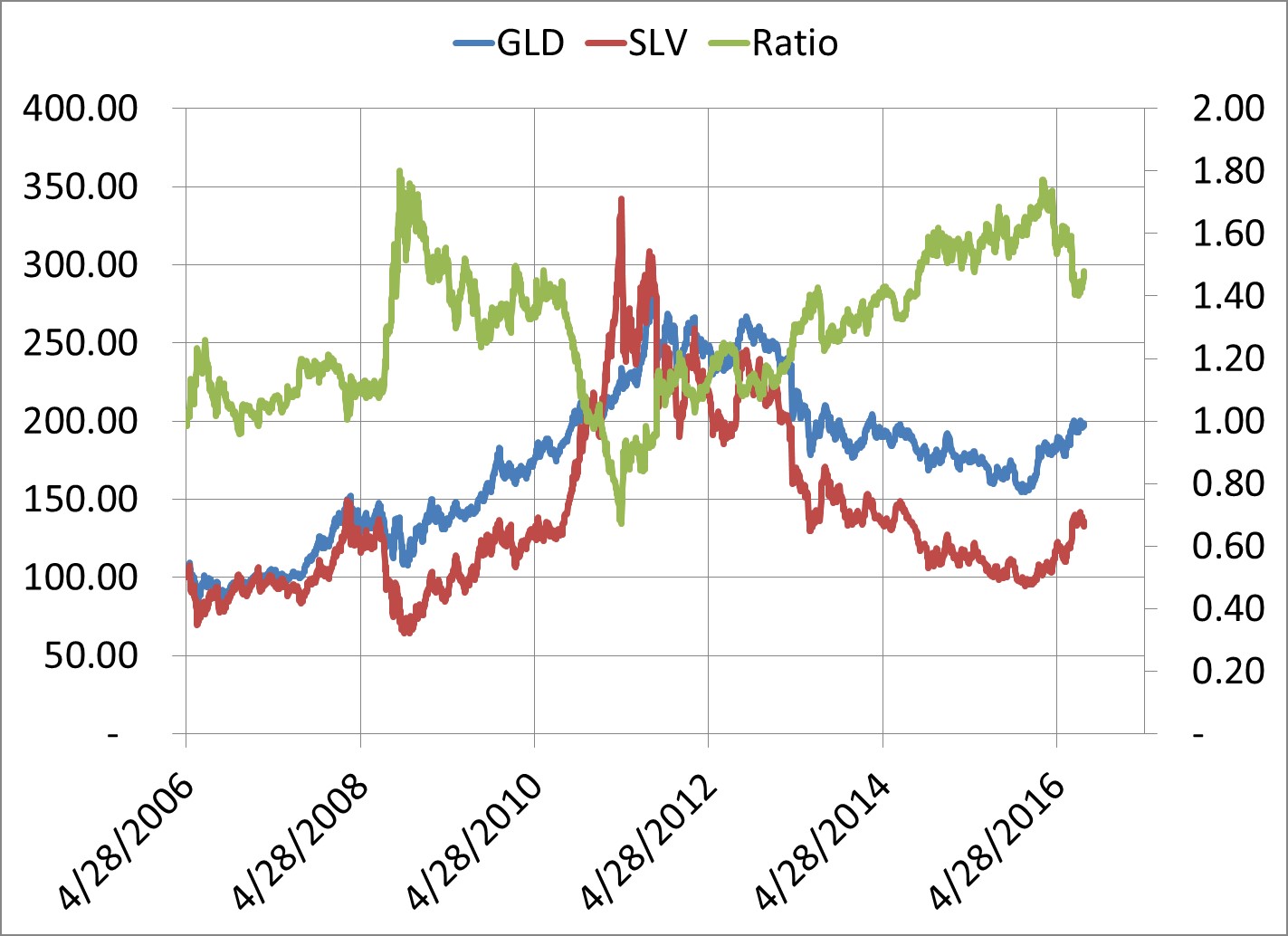 For example, SLV (red line) spiked higher in its bull market through 2010 into 2011 and the ratio (green line) fell.  Although both series were rallying, SLV was outperforming GLD.  What is interesting is prior to that SLV out-performance the ratio rose to about 1.80 on 10/10/2008.  Once the tide turned, SLV outperformed until its peak about 2 ½ years later on 4/27/2011.

From silver’s peak, gold rallied for a few more months, but both series eventually fell back, but SLV dropped in relative price much more.  The ratio turned and rose over the years and was recently again about 1.80.

With the ratio near 1.80, we can see SLV has dropped the equivalent in price back to where it was in 2006.  The whole graph is over a fairly short time frame with only the previous occurrence near 1.80, so it is hard to draw any concrete conclusions, but based on the prior occurrence, we do have to wonder whether SLV will outperform GLD in the years ahead.  If so, the ratio could once again fall back to around the 1 area.

So, it is interesting that the ratio returned to where it had been before and then shifted.  It bears watching and planning as precious metals may fit in a well-diversified portfolio.

I really enjoy your newsletter.